The solution is a combination of injection moulding and CNC machining...

SLS prototypes for form and fit

After the success of their first project with Plunkett Associates, Kirintec got back in touch with a request for assistance developing another reel concept.

Kirintec were buying an ‘off the shelf’ reel, which although satisfactory, lacked the ergonomics and branding they required. Quantities had been low (10-20) but were increasing to around 1500. Kirintec decided it was time to develop their own manufacturing solution that would be more suited to their needs.

The new design had to support the following requirements:

The project deadline was critical. In order to supply a wound product to their customer, Plunkett Associates had only 6 weeks from receipt of order to get the parts designed, manufactured, assembled and delivered to the winders. 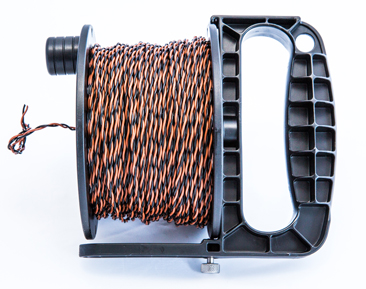 A concept of interchangeable parts, which allowed individually sized reels to be made up according to requirements, was the ideal solution.

The assembly process was paramount to the success of the project and so initial prototypes to check form and fit were carried out through Selective Laser Sintering.

Once the designs were finalised and approved, production parts were manufactured by CNC machining in the UK and Injection Mould Tooling in the Far East.

The reel stocks were CNC machined in 2 different lengths and of a standard diameter to allow fitting onto automated machinery for a faster winding process. The turning handles were also CNC machined.

Flat end pieces, suitable for both stock sizes, were injection moulded and embossed with Kirintec’s logo. 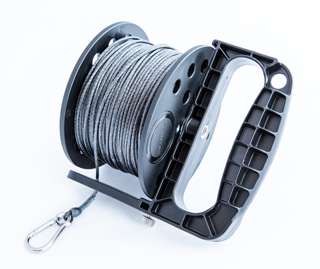 Carrying handles were also injection moulded using an interchangeable insert in the tool, which allowed the one tool to mould two sizes of handle suitable for the 2 different reel stocks. This helped to reduce tool costs.

The bulk of the assembly was carried out by Plunkett Associates. The reels were then sent to the winders with a kit of 3 parts making the final assembly of adding the carry handle straightforward. The fully loaded reels were then delivered to Kirintec within the deadline.

Kirintec were delighted with the outcome; not only do they now have two reel options with improved functionality and aesthetics, but also have the advantage of a significant cost reduction over the product they were previously purchasing.

“Plunkett were equally creative and responsive during the design and development phase as well as product manufacture and fulfilled multiple delivery dates on time, every time…

It is refreshing to work with such a talented and customer focused team and I would like to thank Julian for his attention to detail throughout.”

The benefits of CNC parts include substantial flexibility in material choice, high accuracy and repeatability. 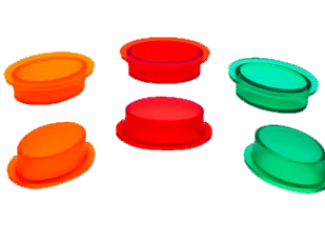