The Solution is DMLS...

Aircraft part made lighter by DMLS. 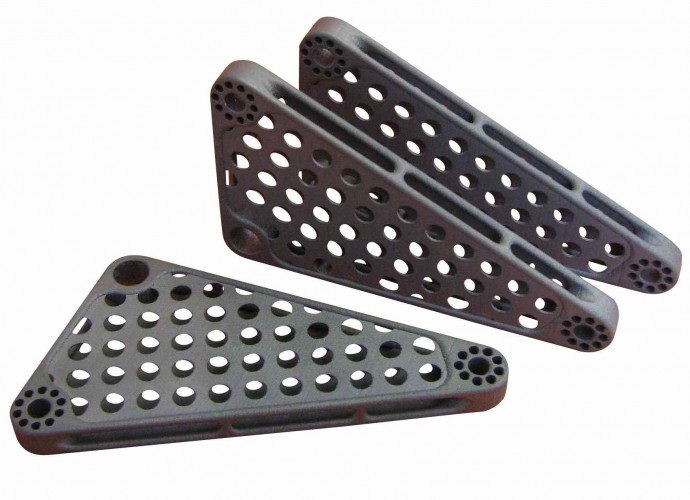 New aircraft need to emit 50% less carbon dioxide than they did 20 years ago. One of the ways to reduce this is to make aircraft lighter. As part of the SAVING project Plunkett Associates investigated how a simple aerospace bell crank could be made lighter using Direct Metal Laser Sintering (DMLS) processes.

Using CAD software that assigns material volume to a part's design envelope based on the in-service loads and constraints, Plunkett Associates was able to develop a geometry for the bell-crank that not only functioned as intended, but optmised the distribution of material within the part.

A fully featured CAD model was constructed and simulation using Finite Element Analysis revealed that the part could be built in titanium alloy - further reducing the volume.

As a result, a part geometry some 21% lighter than the original aluminium part was achieved.

DMLS (or Laser Cusing) is an additive process, suitable for prototyping & manufacturing of metal parts with highly complex or feature rich designs.