Several of our clients have successfully used Kickstarter as a way to get their project off the ground. It can be an incredibly exciting journey!

We have worked alongside clients to support their goals within the budget and timescales that are within the Kickstarter crowdfunding scheme. When their dream finally becomes a reality we are as thrilled as they are!

“Creative works were funded this way for centuries. Mozart, Beethoven, Whitman, Twain, and other artists funded works in similar ways — not just with help from large patrons, but by soliciting money from smaller patrons, often called subscribers. In return for their support, these subscribers might have received an early copy or special edition of the work.

Kickstarter is an extension of this model, turbocharged by the web.” 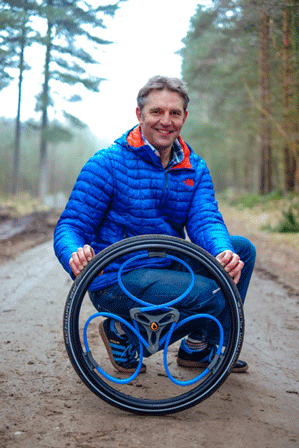 Jelly Products “reinvented the wheel” and launched their first unique bike wheel by this method 2 years ago. As a result of the huge success of their Loopwheels, they are again in the process of asking for subscribers to help fund the launch of their second project - Loopwheels for wheelchairs. Loopwheels are wheels with shock absorbing suspension, designed to provide a smoother ride.

We have spent the last year liaising with Sam Pearce, Designer of the Loopwheels concept and Director of Jelly Products, over the design, development, testing and prototyping to get to this point. We are thrilled and delighted to see the support this project is getting through Kickstarter and can’t wait to see production models hot off the press. 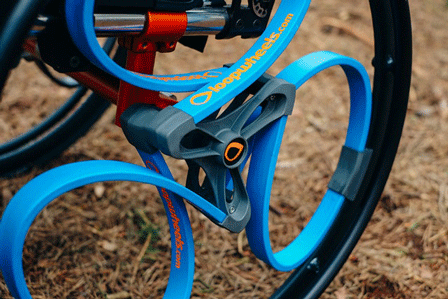 We hope soon to be able to tell you the details about the processes we were involved with in the manufacture of the Loopwheels hub.  At this point so as not to give too much away, all we can say is they are aluminium die cast with a grey anodized finish and look pretty good!

So, some facts and figures about Kickstarter 2014, for those of you who would like to know more:

·      Wednesday was the most popular day for pledges! 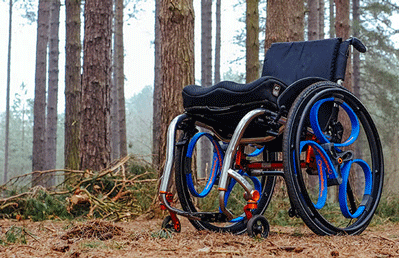 “Funding on Kickstarter is all-or-nothing — projects must reach their funding goals to receive any money. All-or-nothing funding might seem scary, but it’s amazingly effective in creating momentum and rallying people around an idea.”

If you have a project in its infancy that you think may benefit from Kickstarter funding and would like help getting it to fruition, speak to us. We know what is required – we have been there, done that and can help!